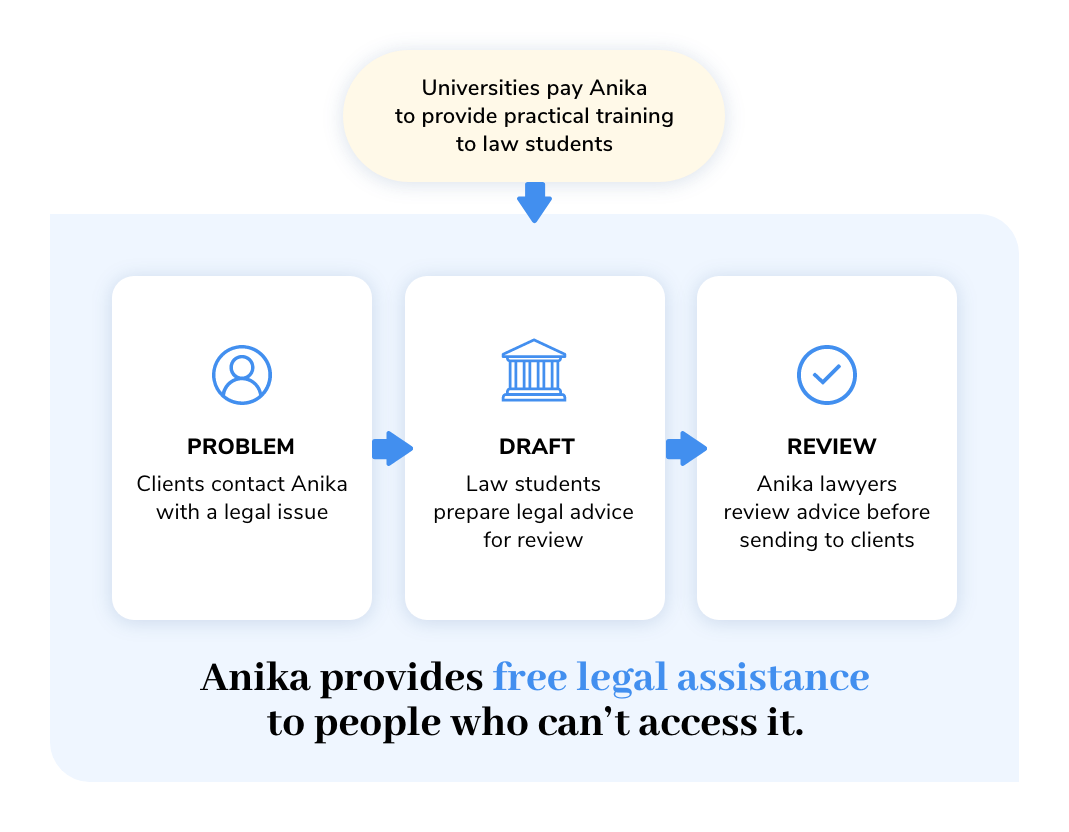 We provide our clients with a legal service that’s easy-to-use, lightning-fast, and with a real human every step of the way

We provide law students with practical training opportunities that are meaningful, flexible and future-focused

We enable universities to offer practical legal training to their students, with an emphasis on technology Anika began as six friends who entered the Melbourne Global Legal Hackathon 2018. What started as a weekend to hang out and solve some legal problems culminated in the winning idea for Anika, a whirlwind two months of building on the initial idea, and progressing to the Global Legal Hackathon final at a gala in New York City. After placing runners-up at the global final, the six friends, united by a passion for access to justice and the idea, decided to turn the idea into a reality and became co-founders of Anika Legal.

Now, these six friends are part of the collective that is Anika, a registered charity and social enterprise which provides free legal assistance to people who can’t access it, as well as practical legal education to law students. The team of six co-founders has blossomed to a team of 70 passionate people (and growing!), united by our vision of a world where everyone has access to justice.

Ready to solve your rental problems?

Complete our 10-minute questionnaire to get free legal support.